One of the most debilitating things about depression and anxiety is that it can make you feel alone. Like, extremely alone. You believe that you’re the only person that feels this way, that no one understands how you feel or what you feel. If you’re in a situation where you’re surrounded by people who are mentally healthier than you, this only adds to that feeling of loneliness.

When I began to feel that way, at first I didn’t know what to do. I was very nervous about talking to people about my mental health issues, and it took me a while to actually talk to family and friends about it. I was afraid that they wouldn’t be able to understand or empathize with my situation, which would only make me feel more alienated. After months of crying spells, panic attacks and days where I could not get out of bed, I finally began reaching out. That’s when I began to form my Mental Health Team. 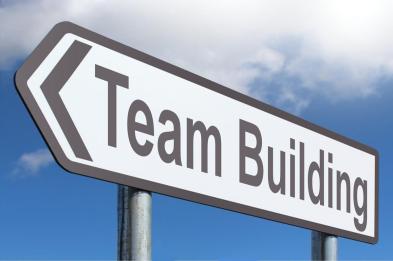 What’s a Mental Health Team? It’s a group of people that you’ve surrounded yourself with who know your situation well and can help you deal with the daily challenges that a mental illness can bring. Whether it’s family, friends or co-workers, having other people out there who know your struggles (even if they don’t understand them) can change the way you perceive your mental health. Sometimes it’s as simple as one conversation with someone, but other times building that team can take time.

I’m not going to lie to you: not everyone will love hearing from you about this. It will likely be hard to talk about, and even harder for people to listen. There’s a reason mental health still struggles with a stigma; it’s not easy to talk about! But once you have that first conversation, it becomes easier, and that’s how you can grow your team and put more people in your corner.

Four and a half years after being diagnosed with mental illness, I can proudly say that I have formed a strong Mental Health Team. I’ve found the right people to talk with about the right things. This didn’t happen easily, though. I’ve leaned too hard on some people, coming to them with every single problem I’ve had, and others I haven’t talked to enough. Some people were more helpful than others and make no mistake, not everyone I talked about my mental health is on my Team. That’s okay. Don’t get hung up on the people who can’t accept this side of you – instead, focus on the ones who do. Quality, not quantity, is important for this Team, and taking that approach will not only help you, but it will help your Team as well.

While this isn’t always the easiest thing to do, having a Team around me has helped me through the many difficulties that living with mental illness can bring. These people (I hope they know who they are!) have helped me grow and try to live not just a happier life, but a healthier life. And if you’re feeling like you don’t have a Team, or can’t have a Team? Say hey. I’d be more than happy to be part of yours.

Whether you are living with mental health issues or not, it’s important to have people in our lives who help keep us healthy! Who’s on your ‘Mental Health Team’? Let me know in the comments!

One thought on “Your Mental Health Team”

THANK YOU FEEDSPOT FOR NAMING MBNB AS A TOP MENTAL HEALTH BLOG!

Thank You to First Pro Adelaide for naming MBNB as a Top Mental Health Blog to Follow in 2021!

My Brain’s Not Broken

My Brain’s Not Broken

As we close out #PrideMonth, I did some research on mental health statistics for LGBTQIA+ youth and adults. Simply put, sharing information and resources is more important than ever. #NewPost is up now, click the #linkinbio for more! #Pride2022  #Pride #mentalhealth #health #mentalhealthmatters
I had extended time off for the first time in awhile, and it felt GOOD. But I also found that how I like to spend that time can help me not only relax, but recharge too. My latest post is up now! #MyBrainsNotBroken #MentalHealth #MentalHealthBloggers #MentalHealthAwareness #blogger #writer
Loading Comments...
%d bloggers like this: