A couple of weeks ago, I started doing some weight training exercises for the first time in at least a few years. Lifting weights is something I’ve done on and off for years, but I’d fallen away from it for some time. But one day, kind of randomly, I went into the gym and headed for the weights. After the first session, my body was sore in places I’d forgotten I could be sore in, and these new exercises taught me a valuable lesson in how we can help ourselves adjust to things, not only physically, but mentally as well.

END_OF_DOCUMENT_TOKEN_TO_BE_REPLACED

Hi, friends! Today on My Brain’s Not Broken we have a guest post from Pamela Zuber, a writer/editor from Sunshine Behavioral Health, who writes about how we can use exercise to improve our mental health and wellness.

END_OF_DOCUMENT_TOKEN_TO_BE_REPLACED

Yesterday I went for a run. I hadn’t gone on a run in more than a year, and I was nervous as to how I’d feel after, physically and mentally. Since I have a bad back, my preparation for physical activity is more involved than most, and I don’t always know how my body will react to certain workouts. But I also know the benefits of exercise go beyond the physical, so I wanted to see if this was something I could get back into. And it was...incredible. I didn’t break any records or move at the speed of light, but I was proud of my effort. But then came the hard part – the recovery.

The recovery is where workouts have a tendency to affect my mental health. When my back hurts after a long workout, I immediately tense up and think that it’s the end of exercising. I lose all the confidence I gained during my workout, and feel worse about myself than I did before I started. Then comes the negative self-talk about how I’m a lesser person than I used to be. It doesn’t take much to spiral from there, and all of the benefits of exercise get washed away in a cloud of depression.

As the adrenaline continued to flow after my run, I knew a crash was coming. And sure enough, when I woke up this morning I could feel it. I was sore all over, and my back was incredibly stiff. The negative thoughts began to pop into my head, one after another. Thoughts that I could never run again, that it was a stupid idea to start with. I was crushing myself hours after feeling better than I have in a long time.

How did I get out of this mindset? Well, to be honest, I didn’t. This post doesn’t have all the tips to stop negative thoughts – you might have to read another post for that. But I wanted to share that in spite of the negative thoughts, I was able to do something that I’d long considered impossible for me to do. I’d like to start running on a more regular basis – twice a week is my goal – but for now, I’d like to revel in the fact that I was able to go for a run at all. That despite what I tell myself, I’m still able to accomplish a great deal.

You’ve probably heard the phrase ‘actions speak louder than words,’ right? But have you ever used that phrase in regards to the words you tell yourself? In this case, my actions (running) spoke louder than my negative words. I just went out and did the thing.

Sometimes it’s more complicated than that, but sometimes it’s not. I had a goal and, rather than think about it, I went ahead and did it. The success was not in how well I ran, but that I ran at all. Don’t ignore the little victories in life; they add up. Whether I start running as much as I want or never run again, I will always be able to look back on this little victory as a time where I did something. That might not sound like much, but it’s enough for me.

What are some of your favorite little victories? I want to know!

Like Loading...
I know it’s not for everyone, but I enjoy working out. Now, before you get the wrong idea, I’m not in the best of shape. It’s not like I’m a CrossFit model come to life or anything like that. I use the gym at my office, which only consists of an elliptical machine and something that would resemble a Bowflex. It’s nothing special, and neither are my workouts. But hitting that gym four or five times a week does as much for my mental health as it does for my physical health – if not more so.
I’ve written before about the Seven Dimensions of Wellness, and it’s something I strongly believe in. This week, I want to focus on Physical Wellness. Why? Because it’s important in many more ways than you think, and not enough people talk about those other aspects.
Yes, it’s cool to be in shape, to have washboard abs or to feel physically good about yourself. But there’s another advantage of exercising that people don’t always immediately think of – it frees your mind. When you’re pushing out that last rep on the bench, or sprinting to the finish of your run, what are you thinking about? Not much, right? You can’t. It’s hard to have something on your mind when you’re physically exerting yourself, because you’re pushing your body to its limit. When that part of you is so committed to succeeding, other parts of you (namely, your mind) don’t have as much time to dwell on things.
For me, that’s dwelling on negative things. I’ll tell you, it’s hard to think negatively when I’m working out. I don’t have time. My music is pumping, or my pep talks are blaring in my ears, and I’m focused. For one of the only times that day, my mind is totally at ease. I’m in tune with my body, with improving an aspect of myself, and everything else can wait. Everything else does wait. It’s incredible.
Now I’m not telling you to go on a long run tomorrow and everything will be better. But I would ask you to take five minutes today and think about your Physical Wellness. Are you doing what you can to improve that aspect of your health? I’ve found that whenever my physical health starts to deteriorate, my mental health isn’t far behind. Plus, there are other ways to take care of yourself physically. Yoga’s fun. Sports are great! Any attempt to exert yourself physically clears your mind, and can bring some peace of mind when it’s desperately needed.
So no, I don’t have washboard abs. I don’t have the body of a Greek god. But my workouts are vital to me being the best person I can be, so I take them as seriously as any other person out there. If you need someone to keep you motivated, let me know! We can lift each other up. Our mental health is so much more than what’s in our heads, and the sooner we realize that, the healthier we can become. 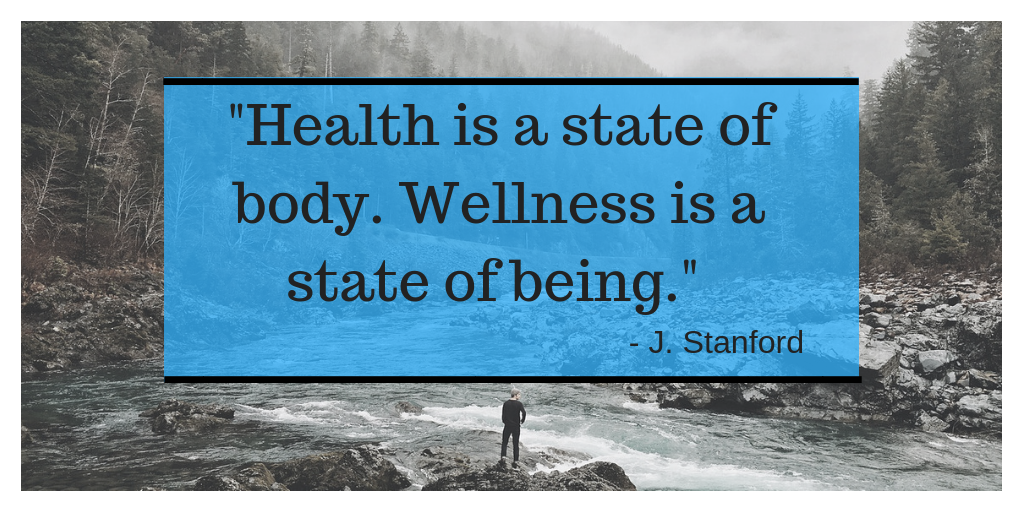